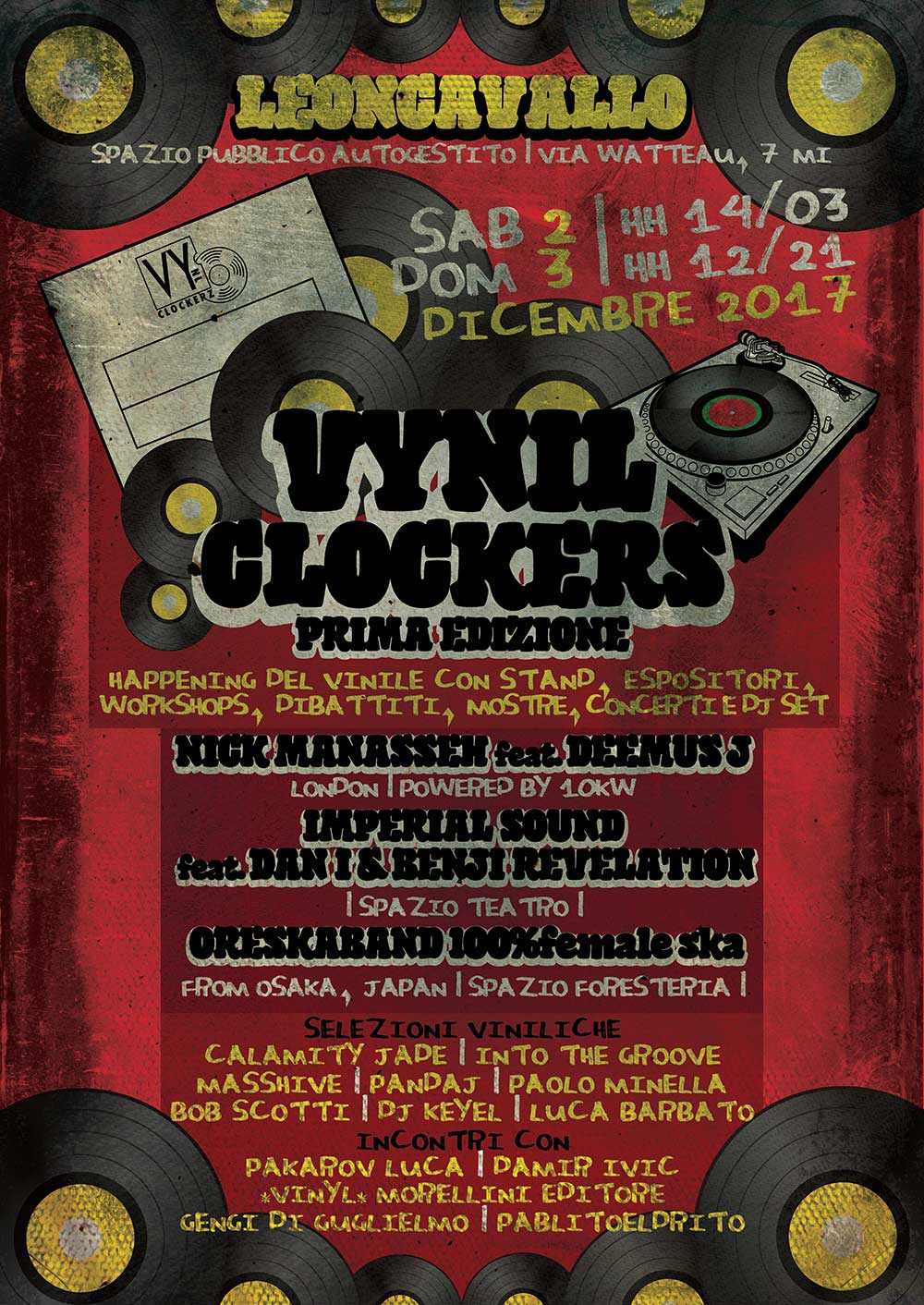 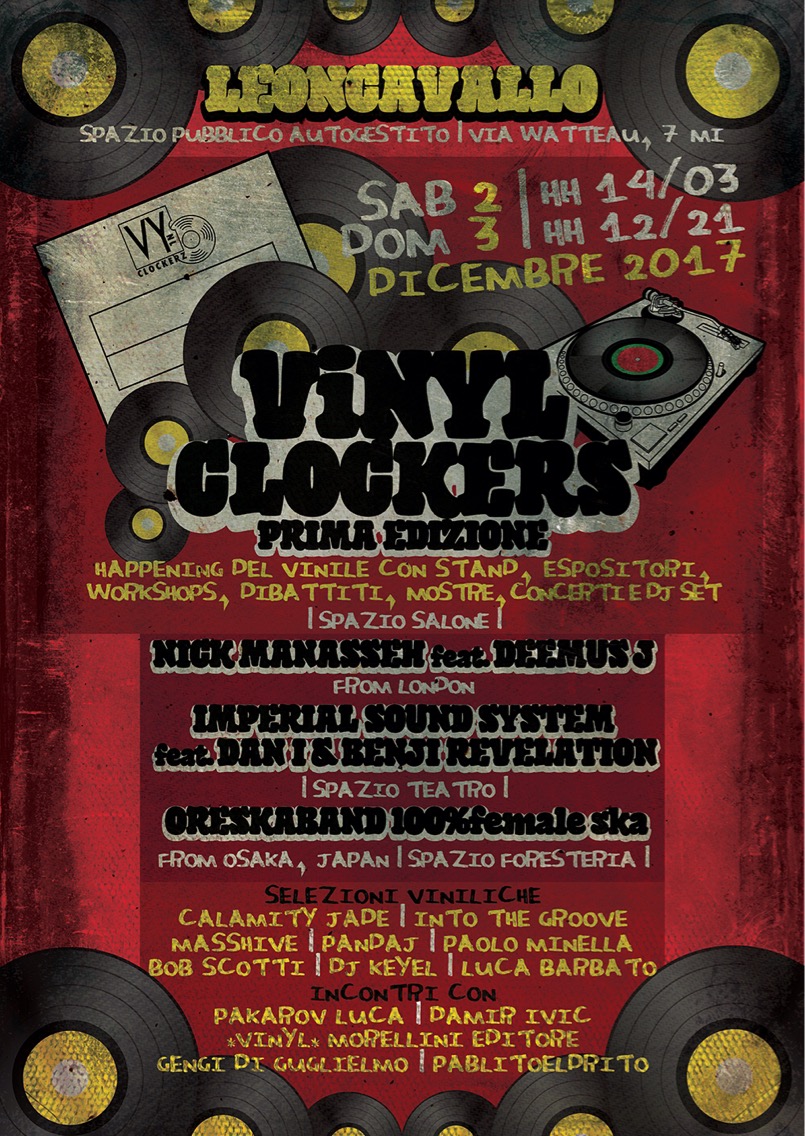 MILANO, ITALY, DECEMBER 2017
Vinyl Clockers is the title for the first edition for this vinyl happening with stands, workshops, exhibitors, workshops, debates and exhibitions, concerts & djsets that will happen saturday 2th and Sunday 3th of December 2017 at the Spazio Pubblico Autogestito LEONCAVALLO, via Watteau 7 Milano.

WeRunTings and Segnale Digitale present “Vinyl Clockers”An event that is wanted to assemble completely on the music and on the vinyl, a fair for specialized retailers but also an independent show on the culture of the vinyl with the presence of some chairmen and workshops, shows and exhibitors and DJ set/ Soundsystem. The old and obsolete acetate relives ancient shines today. The vinyl with its warm and winding sound as mean of musical communication of high quality that continues to have success, diffusion and consents between the operators and the listeners to level of world market more and more returns today (… they are years that the sales of Disks have retired those of the CD…). In our opinion it is necessary to return to talk about music, its ‘ state ‘ in Italy and abroad, its perspectives in relation to the techniques of modern use and especially about independent music production in Italy.

The ideal ‘ Record box ‘ is the “Leoncavallo”, where musical events production has always been a fundamental part of the work done since its birth in the last millennium. Many discs have been mixed by the skilful hands of international DJs in the evenings produced at Leoncavallo since 1994, the energy of the vinyls from the independent labels of the early 90’s was the soundtrack of the whole course of fights and cultural activities that have been concrete and have seen their realization in this space, always thanks to a mixer and 2 turntables, musical instruments now part of the history of the music that involved several generations. With Vinyl Clockers we want to propose first of all an vinyl disc exhibition where it’s possible to find the exhibitors who will sell used and new vinyls, an event that will satisfy the simple listener or lover of good music as well as the most demanding collector, looking for the rare piece or curiosity to complete or expand your own collection. The intent is surely to create a great opportunity to buy new and used vinyls and cd’s but also to celebrate the hundreds of small and independent stores that exist in Italy both on the web and still with a shop, a reality that is well-lived and resistant to digital normalization underway in the music market by large corporate oligopolies and above all a community that is celebrated around the world with various initiatives among which surely the most famous is the Record Store Day, a day celebrated together with hundreds of thousands of independent music stores around the world, every third saturday of april each year and conceived by Chris Brown, an employee of an independent american record store. Then we would also like to give space to a review of meetings on specific topics with speakers that will allow us to deepen the issues that relate closely to the expansion and use of vinyl as a means of communication between the people of all races and social conditions, the history of its diffusion as a culture and as an expression up to the present day and especially as new technologies have brought changes in the way of taking music, analyzing the economic, social and cultural consequences of the ongoing passage from mass fruition to the new digital platforms, and finally involving independent producers and small sector realities to talk about the italian musical situation. We also want to propose an exhibition of vinyl covers to illustrate the connections between underground culture and the world of street art, many emerging “street art” artists (but also already established) have produced their first works as graphics for LP that are become real collectors artifacts.