Sinopsys
The documentary ‘Anger Me‘, produced by SEGNALE DIGITALE  and A Few Steps Production, is the story of the life, literary and motion-picture accomplishments of Kenneth Anger, a pivotal figure in the history of experimental film.

An innovator and a pioneer, he literally blazed his own trail. Considered to be one of the major personalities of the 1960’s and 1970’s underground art scene, Kenneth defined himself as a “cinematographic magician” and his “cinema” as a ritualistic form. Anger’s films have taken audiences places where only great film poets can arrive.

In 1947 in Los Angeles, while his parents were away, a young Kenneth took his family’s film camera and shot a short, dramatic film entitled “Fireworks”, which is now considered one of the seminal works of experimental film. Expressive, imagistic, sexually charged, and made with the help of friends (and apparently without a script), “Fireworks” brought to the screen an unconstrained vision and an almost unbelievable candor.

Kenneth Anger also led in the field of visualization of homo-erotic imagery. “Fireworks” was a film that went beyond maturity and sexual conscience – an extraordinary event considering that it was made in 1947. Kenneth did not cross over to commercial cinema.

Throughout his career he has been completely devoted to uncompromising expression. Since the 1960’s, Kenneth Anger’s films have been the subject of many books, film panels and film theory courses. Although he has never made a commercial music video, he has even been called the “Godfather of MTV“. 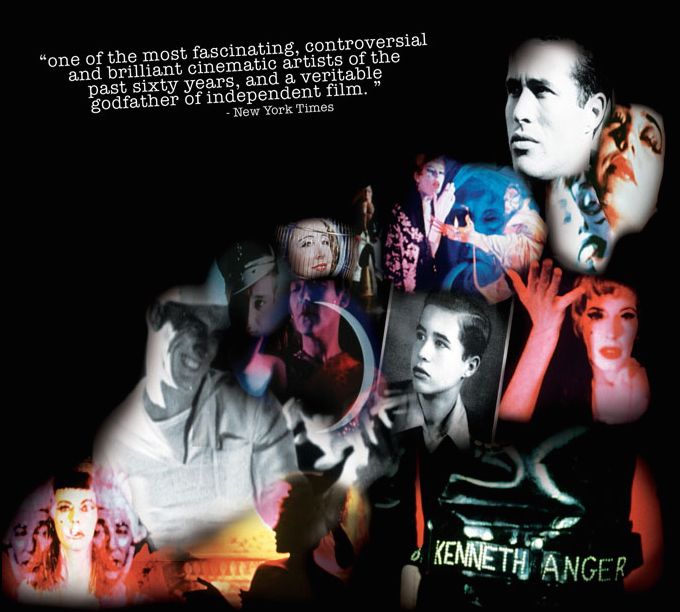