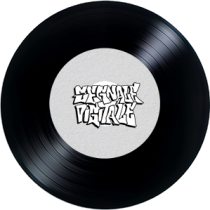 The project originated by the collaboration between SEGNALE DIGITALE and Warsound by Dj War c continues and gets through the edition of another 7″ record on “chatty” riddim produced by Catchy outa “Xtreme Entertainment”.

On this fourth vynil, after the coming out of the previous three, there are two new talents of the italian reggae and hip hop movement: Nico Royale from Bologna and Karkadan from Milano. English, Italian and Arab languages melted up to set other two burning versions on “Chatthy riddim“.

AUDIO FILES ONLINE:
Preview files are available on the pages of the single artists involved in this production.