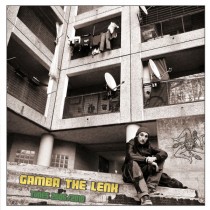 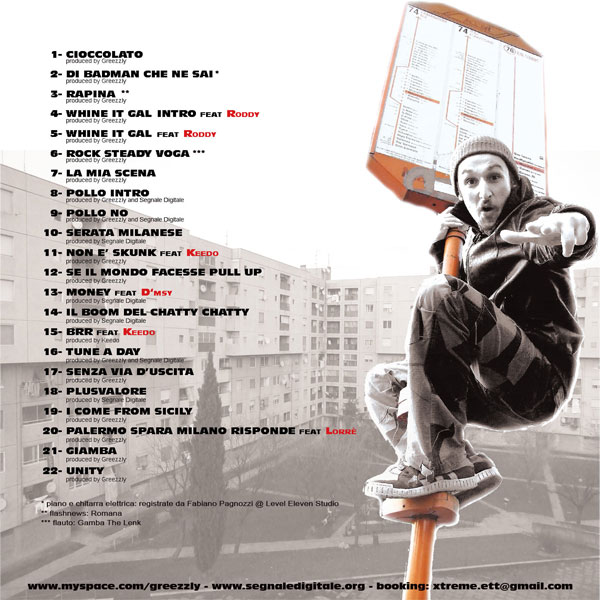 GREEZLY PRODUCTIONS & SEGNALE DIGITALE in collaboration with WARSOUND make available in FREE DOWNLOAD for the summer 2012 “by popular card demand,” after many requests and acknowledgments, Gamba The Lenk “TUNES 2006/2010“, a collection of tracks produced between 2006 and 2010, with unpublished songs, classics and oldies.

There are 22 tracks of which 15 are produced entirely by GREEZLY PRODUCTIONS, other 4 produced by SEGNALE DIGITALE and the last 3 produced by SEGNALE DIGITALE in conjunction with GREEZLY PRODUCTIONS, the historical songs that rocked many solid throughout Italy and not only are there all, from “Chocolate” to “PolloNo”, “Milanesi Nights”, “Non e’ Skunk”, “Tune a Day”, Gamba will be around all summer to sing along with Catchy Xtreme Sound System while we can expect a new album full of vibes after September 2012.

“TUNES 2006/2010” manages to give the perfect idea of ​​the enormous commitment and the long road that Gamba The Lenk, with XTREME Sound System has made in recent years, thanks to hard work succeeded in highlighting one of more real, original and talented singers of reggae-dancehall Italian. Play it LOUD!!!!