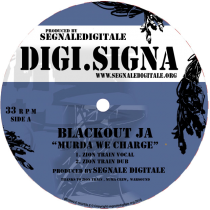 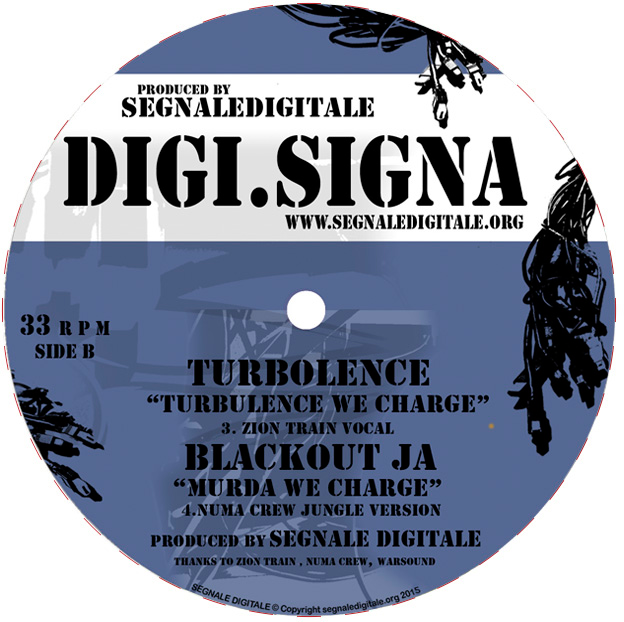 Barcelona,Mar 9, 2016
SEGNALE DIGITALE presents the second 2016 production for “DIGI.SIGNA” , a new 12 ” vinyl with the participation of one of the best singer-mc in the UK scene , Blackout JA directly from Bristol, who joins the voice of unmistakable Turbulence from Jamaica.

Together they offers two unique interpretations on a riddim originally produced in reggae key but which is presented here in various “dub” versions thanks to the explosive remix of Neil Perch from Zion Train and also in a classic “jungle version” thanks to the skillful collaboration of Numa Crew.