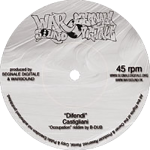 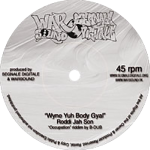 SEGNALE DIGITALE  present a new release based on riddims created by Italian producers.

Three 7″ vinyls will be available at the beginning of December 2009 with 5 versions of the OCCUPATION riddim produced by B-DUB. Singers on the tracks are “JahSon” Roddy, High Priest, Luciosa and Spruscia, Lorre and Cayam with Zio Pino, and Castigliani.

The final versions of the tracks have been produced mixed by SEGNALE DIGITALE.