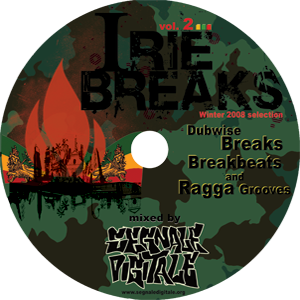 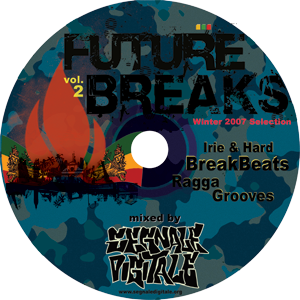 The CD was mixed live in Milan at Segnale Digitale’s studios. Like the preceeding “Volume 1“, it features the sounds of the Breaks & Dubs UK scene, as well as some international tracks.

More than one hour long, the CD contains tracks ranging from the historical Afrika Bambaataa’s “Planet Rock” to new Breaks based on a wide use of roots samples and deep dub, ragga and reggae beats which have gained international recognition in the last couple of years, nevertheless keeping a strong relation with the hardcore sounds of the rave and d’n’b scene, and which define a new and stronger connection between urban breaks, hiphop, ragga, reggae and dub style.

” FutureBreaks Vol. 2 ” instead presents a selection of historical Breaks & Breakbeats and much rougher , which are general to the fore in recent years, becoming a real ” anthem ” , but much closer to the sounds of the hardcore rave scene , jungle and d’n’b .