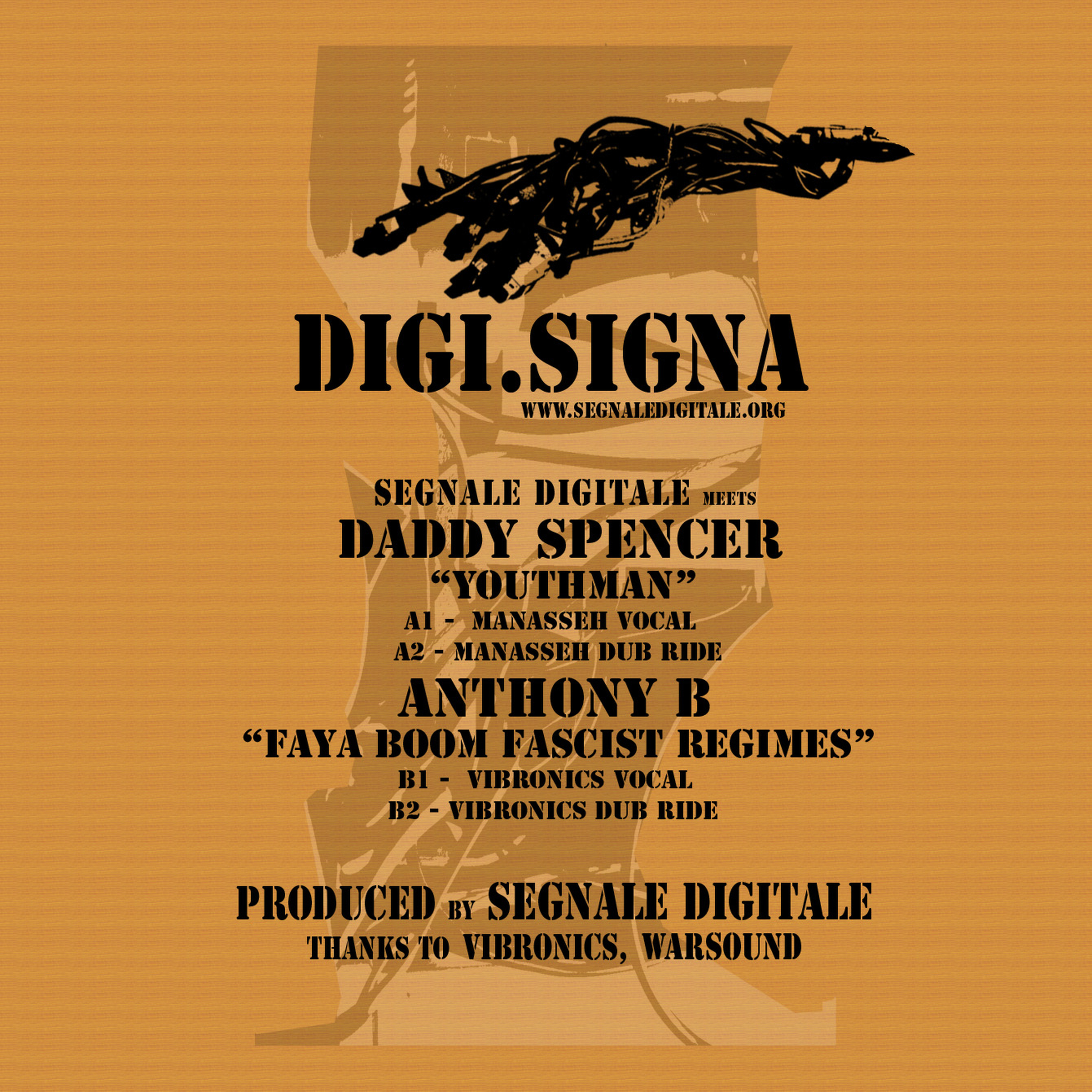 Digital versions for the new 12″ vinyl with vocal versions by Anthony B e Daddys Spencer and dubs/remixes by Manasseh and Vibronics.

The digital versions for this production presented two different tracks, “Youth Man” by Daddys Spencer, a song originally produced for the compilation BASSCULTURE VOL.2, that has been remixed and dubbed by Nick Manasseh and another song by Anthony B, “Faya Boom Fascist Regimes” , with remix and dub by Steve Vibronics.