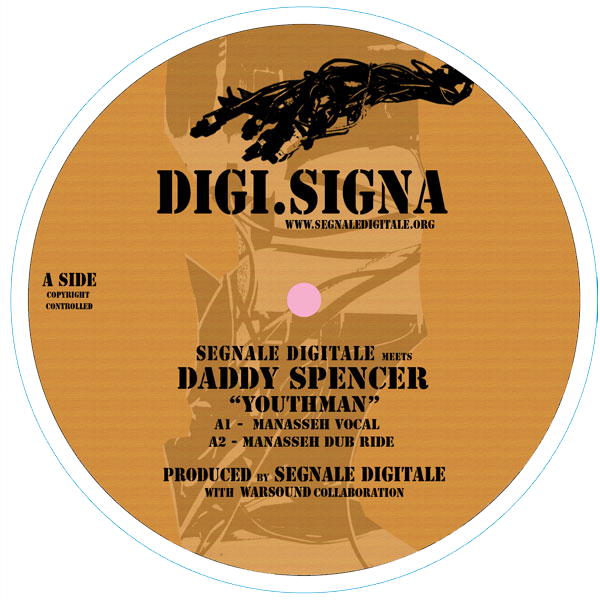 New 12″ vinyl with vocal versions by Anthony B and Daddys Spencer and dubs/remixes by Manasseh and Vibronics.

SEGNALE DIGITALE , presents for “DIGI.SIGNA” a new 12 “vinyl, with the vocal collaboration of Anthony B and Daddys Spencer plus the remixes and dubs by Manasseh and Vibronics.

For this new vinyl are presented two different production, “Youth Man” by Daddys Spencer, a song originally produced for the compilation BASSCULTURE VOL.2, that has been remixed and dubbed by Nick Manasseh and another song by Anthony B, “Faya Boom Fascist Regimes” , with remix and dub by Steve Vibronics.

TO BUY:
SEGNALE DIGITALE offers the opportunity to buy directly the versions on vinyl with a delivery service to your door. For more info or to buy this product ......click here

At the same time, the versions on vinyl are available at numerous web-shops specialized in reggae and dub as:


To purchase digital versions of this production, SEGNALE DIGITALE offers the opportunity to buy a MP3 or WAV file to 44.1khz, 16 bit stereo, from our web store,SD STORE ONLINE or from others web stores like JUNO DOWNLOAD.

SEGNALE DIGITALE wants to express max respect and thanks for the work done to Admiral Tibet,AnthonyB and Steve Vibronics, as well asWARSOUND. 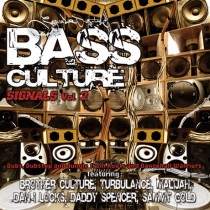